Crestron automation systems, while extremely powerful, are also incredibly complicated. This complexity can lead to frustrations, especially if the system doesn’t live up to the expectations of the end user. The #DoneRightNotEasy crew understand this, which is why we’ve made it our mission to show that through proper installation, programming and management, we can turn even the most frustrated Crestron user into a brand promoter who couldn’t imagine living without their control system. Today we will be highlighting two recent clients who were at their wits end with their existing Crestron system, and who after our intervention, have now fallen back in love with their automated homes.

Our first example was a client who had been referred from an existing customer after venting the aggravation he was having with his current Crestron system. This client’s luxury home was built less than two years prior and contained close to a million dollars worth of automation equipment. This was no fly by night install, it was a full concept 13 rack system deployment that had gone in during the original construction of the home, the ideal situation for an integrator. Since all of the customer’s panels and equipment were labeled with the Crestron brand, the customer became so aggravated with Crestron that he was ready to pull the system out entirely and forgo automation altogether. When he reached out to us to diagnose his problems, he said simply: “Nothing works”

When we arrived on site for our initial consultation, we of course found nothing wrong with the Crestron hardware itself. Instead, the problems stemmed from a combination of system design flaws, network infrastructure, cable terminations, and improper coding, all the fault of the original integration company. Our team went to work on a total system overhaul; consolidating the racks to a more manageable 11 rack system, replacing and re-terminating wires, and reprogramming to fit our client’s needs. Six months and another significant financial investment later, the client is in love with his system and now sees the power and utility of a functioning Creston system thanks to the proper installation and integration from GMI.

Our second example is a client who had recently automated his luxury New York City penthouse. In a similar situation to our first example, the system simply did not work the way it was supposed to. Issues with design, and substantial installation errors led to a terrible user experience. The worst part of which was the grossly incorrect installation of Lutron shading system, which led to parts of the shade becoming damaged simply from everyday use. Unlike our first example, this customer didn’t take the opportunity to vent his frustrations, or even look for an integrator to fix his issues. Instead he suffered in silence, opting to forgo use of his regular system, even resorting to using a standard cable box to watch TV.

Luckily for our client, the IT guy at his company had heard about GMI through a friend, and having heard about his boss’ pain and frustrations, he reached out to us about solving the problem. Less than two months later we were able to correct their pain points, create a custom solution for the problematic shades, and get them back to regularly using the system they paid for. No longer suffering in silence, the client is now a total convert, actively using his system and preaching the power of correctly installed Crestron automation systems by GMI to any of his friends’ and colleagues having issues of their own.

This all goes to show, that with the knowledge and experience to properly design, install and program a Crestron control system, you can turn someone who has otherwise written off the Crestron brand into a full-fledged promoter. When you do this, clients not only support and recommend Crestron, they also give your company the ultimate promotion, continued business and a rewarding lifelong business relationship.

Are you fed up with your Crestron control system? Don’t suffer in silence, contact us today! 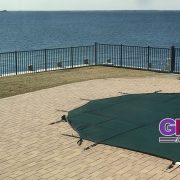 Automation to Preparing Your Vacation Home for the Off Season 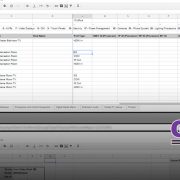 The Importance of Proper Documentation 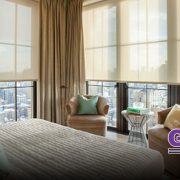 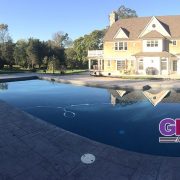 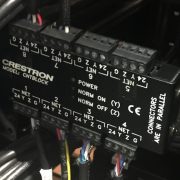 The Myth of “Out of the Box” Automation

Working Together to Master the Job Site
Scroll to top