This is part two of a three-part series outlining the complete Crestron system takeover and repair at a luxury New Jersey home. This entry will cover the beginning stages of the system’s physical installation.

When we last left off at our customer’s luxury New Jersey home, we had completed a job site walk through and started to consult the customer on how to properly repair and replace his Crestron control system. We then set about on the process to streamline his home with the goal of streamlining his life.

The takeover project began with a major consolidation of the component racks. This originally was slated to be a simple relocation of the two existing control racks into a more centralized location in the home’s basement. As we started this process it became clear that in order for the system to run properly and meet our end users needs, that an additional two racks would be required. This expanded the scope of the job, but with proper communication to the client about the importance of doing things the right way and not the easy way, approval was granted and we moved forward.

This expanded rack relocation wasn’t as simple as moving the racks, rewiring, and reprogramming. With the addition of two extra racks in the basement closet, more room would need to be created. It is situations like this where our mastery of the job site leads to our success. Once we realized that the space required for the racks would need to be increased, we worked with the contractor on site to use the dimensions of the rack to create a custom wall and framed custom fit opening specifically for our racks.

It’s not your average A/V or integration company that has the ability to leverage relationships in this manner to get the job done properly for the customer.

Of course, on a job site of this caliber, nothing goes as planned. Relocating the racks in such a manner created an issue with getting proper audio into the basement theater. To solve this problem without creating additional failure points, we customized a Crestron 2 by 1 enclosure into a single location audio splice point. To customize the enclosure we put in a mesh screen backing that allows us to install any type of equipment. Quick thinking and problem solving such as this leads to a more streamlined system with less failure points, which makes for a happier end user.

While the rack consolidation was underway we began rewiring and re-installing the cabling behind every TV in the home. This included replacing a rather unsightly installation in the master bedroom, where a cable box and Apple TV device were simply shoved under a dresser and the television was thrown up on the wall. We used this opportunity to build a custom recessed opening above the fireplace in this room too, as well as expanding the DM system to properly distribute 4K video throughout the home from centralized devices.

To control the home’s devices, we upgraded the customer entirely to Crestron HDR-150 Remotes. After all of our customer’s Crestron woe’s, we wanted to make sure to give him something that would not only work properly but also look and act like a remote he was familiar with. Not only is the HDR-150 a hard buttoned remote without a touch screen, it is also integrated into control entire system and programmed specifically to the user’s expectations. Since the remote is not reliant on being pointed at an infrared device, and instead connected wirelessly to the control system, it can be used anywhere in the home to power any device no matter the situation.

We mentioned in part one that our client spent much of his time working in his home office. With the wi-fi and network connections in the condition they were before we arrived, it was easy for productivity to drop due to network connectivity issues. To protect our client’s network from outside agents we installed a Sonicwall networking system which is one of the highest levels of solutions with advanced threat management. Due to the sensitive nature of our client’s work, we build the network in such a way that his devices and computers could seamlessly transition between networks throughout the home, but no one else’s devices were capable of accessing the secure network used for the business.

In the third and final installment of this case study, we will continue to focus on the process for taking over our customer’s Crestron control system. Stay tuned!

Is your home’s Crestron control system performing below expectations? Contact us today for a free consultation. 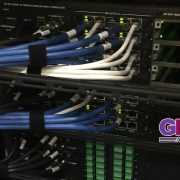 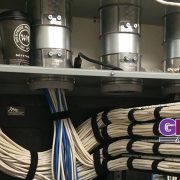 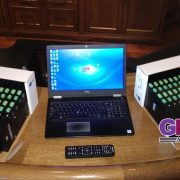 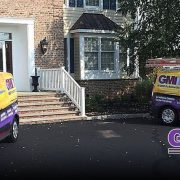 The Truth About Concierge Level Service 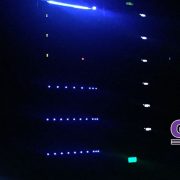 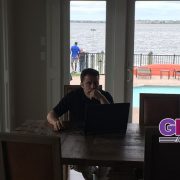